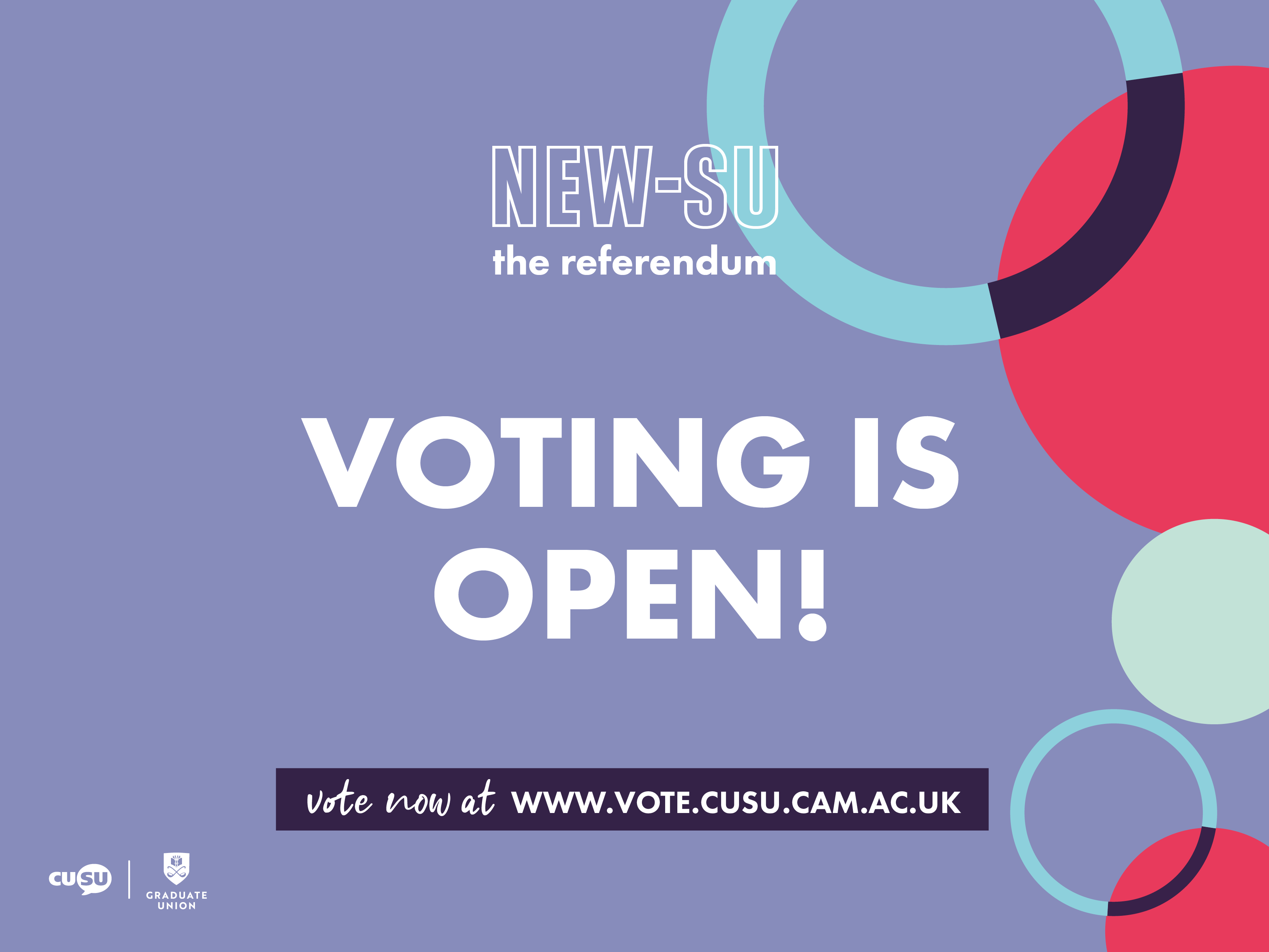 You can vote either:

More information about this new union proposal can be found at www.new-su.co.uk