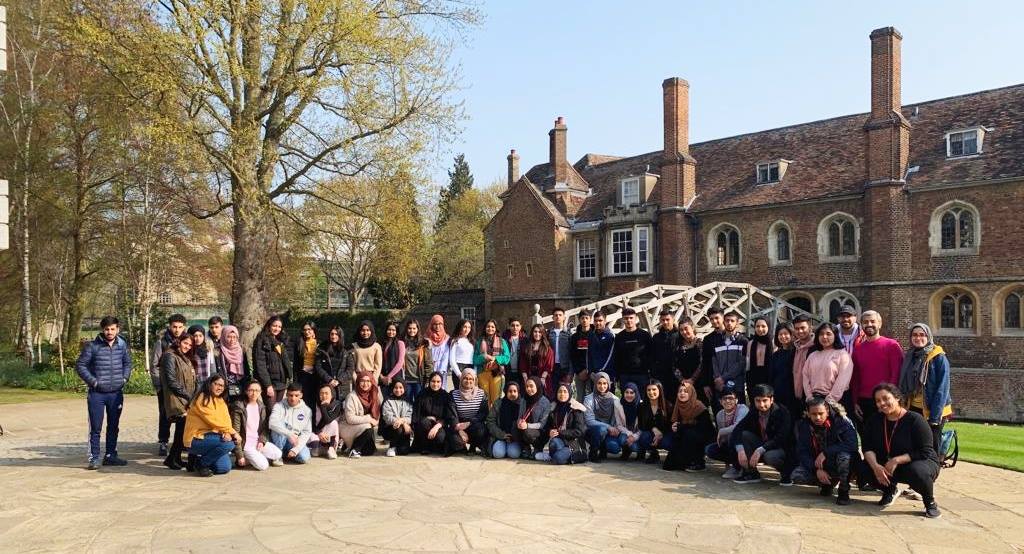 This is a super easy to digest of the newly released admissions data for the 2018 cycle, that is the makeup of this year’s fresher intake! Under each heading I’ve drawn out some of the key figures as well as some of my own thoughts on the statistics. Enjoy!

This year, 65.2% of home students were from the state maintained sector, an increase from 64.1% in 2017 and 62.5% in 2016. Progress is slowly being made, and we should continue these efforts until we can eventually more closely mirror the national demographic of our youth population for this metric.

As always, we cannot simply homogenise the state sector, as these figures clearly show us the experience varies massively between school types. The success rates of those from grammar schools remains far closer to the independent figure than that of the state comprehensive one, which is significantly lower. This year the acceptance rate for those from grammar schools was 26.6% compared to 18.6% for those from comprehensive schools.

The university data team has recently created a fantastic resource which the collegiate university can now use to target individual schools which have specific needs, and make sure that the correct schools are being targeted, not just those that fall under the “maintained” umbrella. Unshockingly, there are huge variation across colleges which is something that needs to be addressed. The worst offender is Robinson college, with an abhorrent maintained sector figure of 41.3%, despite 70.6% of their applicants coming from this background. Not only are they inaccessible with extreme rents, the college should undergo some scrutiny to ensure that there is no systematic bias which seems to be apparent, and the cause should be eradicated immediately.

Regional disparities is always of huge interest to current students when discussing access, often citing that Cambridge is far too London centric. This remains to be the case, with the number of applications from Greater London amounting to 4x than that of Northern Ireland, Scotland and Wales combined.

There have been promising increases in applications from certain regions, include Yorkshire and the Humber and the Midlands with some slower growths from Wales and the North West. This may be indicative of the specific outreach work that is taking place in these regions and the university should research and evaluate the interventions that are taking place all over the UK to see what practice could be implemented in regions where the application numbers are decreasing or remaining stagnant, such as in Northern Ireland, the North East and Scotland. Of course there are differing barriers to Cambridge for these groups, and we must look into how we can specifically target these.

We should look towards a model, improving the current Area Links Scheme in which groups of colleges are responsible for larger regions, so that they can coordinate efforts and pool resources and skills as a team, so better access work can be implemented. This would ensure that no region is left behind if a college neglects its area, or has long periods of vacancies in their admissions teams, which has far too often occurred.

On a positive note, this year there is little difference in the acceptance rate across the different regions, which is quite different to previous years, where London and the South in general have often had significantly higher levels of success.

There has been a large increase in application numbers over the years from Black African, Bangladeshi and Pakistani students which is most welcome. There is however work to be done in targeting those from a Black Caribbean background specifically as numbers are still incredibly small.

The increases are likely a result of the fantastic outreach work done by students and staff across the collegiate university, both alone and in partnership with organisations such as Target Oxbridge. This year, we also launched CUSU CamSpire which we hope will further increase numbers of applications from Bangladeshi and Pakistani backgrounds.

The biggest concern with this however, is the sharp difference in success rates. In the latest cycle, Bangladeshi students had an acceptance rate of just 11.9% compared to 24.7% for white students. The figures show just how strongly the need for disaggregation of Asian in all analyses conducted by the university and sector, as Chinese and Indian students had success rates of 25.0% and 23.0% respectively. We need to delve into the specific issues certain groups might face in order to be able to tackle them at the roots, and not mask issues under the “BME” umbrella.

This covers the socio-geographic data that we base some of our access targets on, including POLAR and IMD. The former measures progression to university, whilst the latter covers deprivation by multiple characteristics.

There has been an increase in the number of applicants from all POLAR Quintiles, but it seems as if the number of students from flagged backgrounds is increasing at a faster rate, which is promising. More work needs to be done in ensuring that we also support these students through the application process as their acceptance rates are often consistently significantly lower than their counterparts from the top quintile.

The same holds for IMD, where those from a flagged background are less likely to receive an offer and gain acceptance to Cambridge. This is the first year where data has been publicly reported and we will begin to see a greater focus on this metric over the coming years. Outreach work should use these metrics as a selection criteria, so that those from flagged backgrounds benefit from the activity we have to offer.

The number of applications from various under-represented backgrounds seems to be increasing, at a faster rate than the increase in applications from students as a whole. This is welcomed, and we should continue spending on outreach work where we know it is both efficient and effective.

In order to further improve, we should look at the intersections of disadvantage and personal characteristic, for example that of race and class. An increase in the number of Black, Bangladeshi or Pakistanis students for example is positive, however if these individuals are those coming from well off backgrounds, we must ensure that the work does not stop there. We must ensure that we are targeting those from socioeconomically disadvantaged backgrounds, to truly reflect the national population, so that we can go on to shape the country as a whole.

All in all, Cambridge is committed to improving both access and widening participation, and they need to show that through funding effective outreach programmes, being open to criticism of its perceptions and listening to student groups who know what is needed.

Representing postgrads better: Our proposals for a new union

CUSU response to the Augar Report