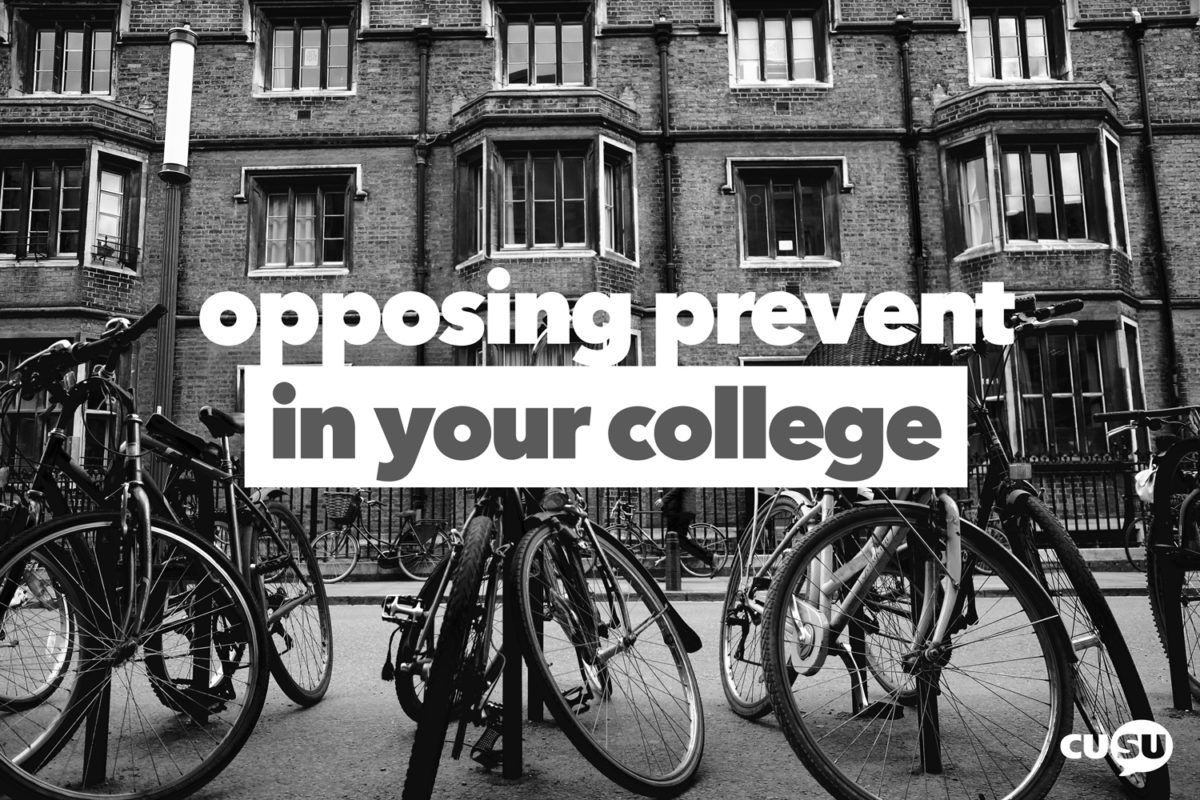 The Prevent duty is the responsibility that universities have, as part of the national counterterrorism system, to monitor and report students for signs that they might be at risk of being drawn into terrorism, and primarily for signs of political ‘radicalisation’. This can include notable changes in religious practice, activism or advocacy for viewpoints considered ‘extremist’, or “an undertone of grievance or ‘them and us’ language/behaviour”. CUSU has standing policy to oppose the duty from Council in Lent 2018, which highlights the way that Prevent has created a culture of surveillance in universities up and down the country and has specifically targeted Muslim and BME students. If you want to read more about Prevent in the university and why we oppose it, you can read a great blog that last year’s President Daisy wrote here.

This year as part of our work engaging more with College-level student representatives we’ve been stepping up our efforts to support JCRs and MCRs with tackling Prevent in their colleges. What that’s meant so far has been work around the recent changes to the way Prevent implementation is monitored by the national regulator for universities, the Office for Students. They now require that colleges include all data about welfare support for students as part of their annual report on Prevent, whether or not those welfare cases relate to Prevent.

We think this is an unacceptable overreach by the OfS, and that it will add to the already deeply worrying impacts of Prevent on the experiences of Muslim and BME students. Policies which treat the people most in need our support as threats and which depend on the creation of a culture of surveillance and suspicion must be kept out of mental health and welfare support.

That’s why we’re proud to release our open letter to colleges and university, signed by CUSU, the Graduate Union's Executive and 23 J/MCRs, asking them to push back on these new requirements and to implement them in the least harmful way possible. You can read the full letter and list of signatories below. We’re also running a briefing event on Prevent and what students can do in their college this Thursday evening at 7pm, in the CUSU/GU Lounge. More information is available about that here.

Students Not Suspects - Keep Prevent out of Welfare

As student representatives and groups at the University of Cambridge, we wish to raise our deep concerns around the dystopian encroachment of counter-terrorism policy into welfare and mental health support in the university and colleges. We call on colleges to take seriously these concerns when they submit their Prevent data returns on 3rd December.

The Office for Students, the regulator for Universities in England, requires that the University and Colleges submit a regular data return to confirm their compliance with the Prevent duty. The Prevent duty forms part of the government’s anti-terrorism strategy and requires that universities and other public sector organisations monitor students and staff for signs of ‘radicalisation’. It has been widely criticised as an unacceptable extension of government surveillance and as a policy that implicitly targets Muslim and BME students. CUSU has policy  to oppose the Prevent duty and the University Senior Pro- Vice Chancellor (Education), Prof. Graham Virgo, and the Vice Chancellor, Prof. Stephen Toope, have both publicly stated their own opposition to the policy.

Following recent changes to the regulatory framework for Prevent, the OfS now requires that colleges and the University include all welfare support for students as part of the Prevent return, whether or not those welfare cases relate to Prevent. We believe this to be an unacceptable overreach by the OfS and a seriously concerning encroachment of the Prevent duty into welfare provision. By treating as a threat those students who most need our support we reinforce the chilling effect that Prevent is having on free speech and the ability of students to access necessary welfare support.

We call on the University and the Colleges to step up their attempts to lobby against and resist the Prevent Duty. In particular, we want to see all colleges count all tutorial contact as a welfare case for the purposes of the numerical data return, rather than singling out the number of students who access mental health support or the counselling service. The OfS want the specific data because they want to embed Prevent within specialist and professional welfare support. We believe that this runs contrary to the duty colleges have to protect students that seek to access that support and that they should therefore not give OfS information about those students where they are not required to by law.

Hi, I'm Matt your Education Officer for 2018/19. I’m responsible for representing students and campaigning on education-related things. I sit on lots of committees where I talk a lot about inclusive teaching and assessment, workload and wellbeing, and making sure students are a big part of how the uni is run. I also train and support faculty reps and do lots of work to support student activism around education.

Being a Green Officer is Political 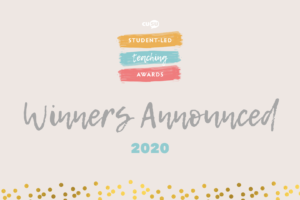 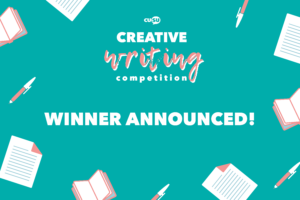