Our accountants have finished auditing our accounts for last year, and we are excited to now share the confirmed figures. We are very pleased that we have signed a much smaller loss than previously envisioned.

For context, the 2016-17 financial year was the year in which Amatey was President of CUSU, and his team deserves much congratulation for the savings they made in that year, and for dealing well with the difficult financial circumstances the Union was in. It was in 2016-17 that we decided to end our relationship with St James’ House, a publishing company on whom we had become overly reliant – see the report of the Council Inquiry into CUSU finances for more information about why this relationship had to end. The team at the time were worried that the loss of this income, which at its peak provided us with £140,000 per year, would cause significant financial losses for the Union.

However, over the course of that year, the CUSU Trustee Board was very conscious of this risk and put its efforts into resolving this situation, and we are pleased to announce that the confirmed loss for 2016-17 is far smaller than expected, at £6,836. You can access the full accounts here.

There are a number of reasons for this difference:

In our move away from St James’ House we expect to make a loss this year (2017-18), though due to the nature of accounting we will only receive our confirmed accounts this time next year. We have budgeted a small loss for 2018-19 and over the next couple of years to move towards a break even budget, which you can find more about here.

CUSU is a registered charity and its annual accounts must be audited by an independent examiner each year. The accounts should to be submitted to the Charity Commission, the charity regulator, by the eleventh month following the end of the respective year. The accounts have to follow a set format, and become public.

Whilst the 2016-17 year may seem some time ago, reflecting on the official financial position for that the end of that year allows us to review CUSU’s progress in managing its finances whilst considering the accounts of prior years and the budget for current and future years.

The audited accounts are usually produced at some point later in the following year; it can take many months to properly account for all income and expenditure. For example, if someone pays us in November for services provides in May, this income relates to the audited year instead of the year in which they pay us.

2) Why was the audit late this year?

Our audit was due on the first of may, but there was some delay in completing it – take a look at this article to find out more.

The budget is a forecast for the financial year ahead; whereas the audited accounts refer to the official position once the year has finished.

The budget for the 2016-17 year was set in Easter Term 2016 by the Members; at the time, the charity was constitutionally bound to budget for a surplus (this has since changed). The budget expected the year-end position to bring a surplus, however during the year the charity’s ability to bring in the level of trading income it had previously generated became uncertain. This was mainly due to the expiry of a publications contract that had not been renewed, and funds received from the University as a substitution to another publication also not being renewed.

The 2016-17 budget made reductions across most budgets in the Union to help budget for the £11k surplus; and was in consideration of a loss the previous year (of £50k). The 2017-18 budget then recognised the need for wholesale changes to income and expenditure and accepted a drawing-down of reserves for one year whilst the Union reviewed a longer-term plan for its finances.

The Union’s funding situation has been uncertain for some time. In the process of being transparent about its funding expectations, at various points since the budget was set, the Union has suggested larger losses than that it ended up experiencing. For example, in April last year we had not at that time negotiated a replacement publications contract, and as such we estimated the year may end with a loss of £116k; whereas following a replacement publications contract, we revised the estimated loss to £35k later in the year.

Charities hold reserves so that if we have a tough year, as CUSU has had in the past, we can continue meeting our charitable objectives. The aim is to break even and perhaps over the next few years we will start to rebuild our reserves once again.

Alternative Guide to May Week 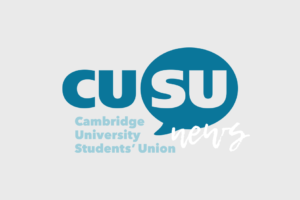