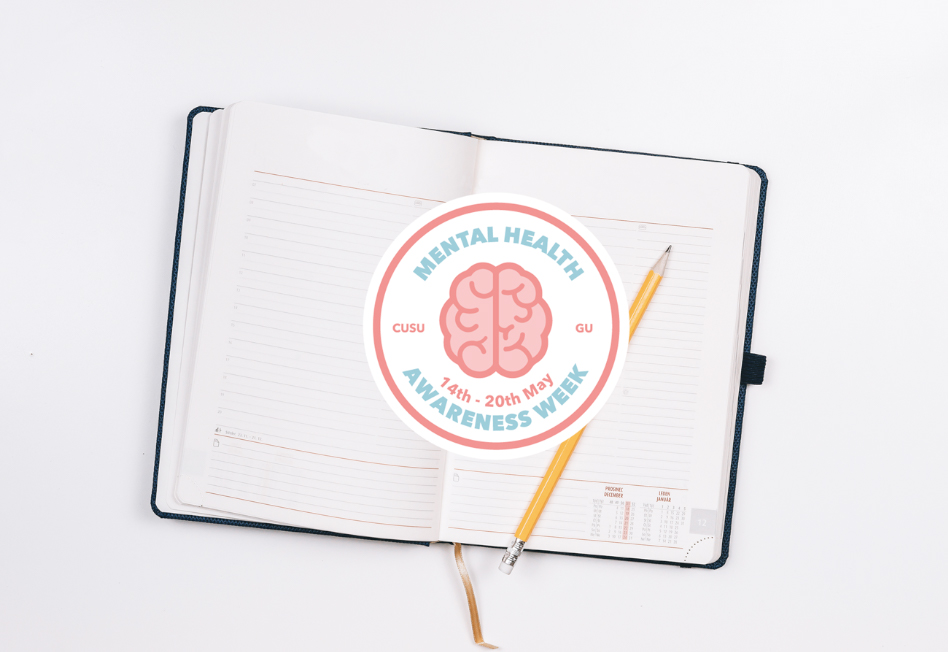 It’s Mental Health Awareness Week! This article is the first in a series of resources and events produced by CUSU and the GU to discuss mental illness and how we talk about it in acknowledgement of Mental Health Awareness Week. For students, this week is particularly timely in that it falls during a period that stress is often ramping up for exams; but it’s equally important to acknowledge that mental health is something that affects us year-round. There are so many different directions that we could take this week in – mental health is a huge topic that Micha runs a whole platform on – so we’ve pulled out a few specific areas that we think need more coverage.

As a University and a student body, we do seem to be becoming more and more aware and active about mental health. We cannot understate the massive cultural shift surrounding mental health that has happened in the UK over the last few years, largely due to activism from mentally ill people themselves. It’s important for us to continue making people aware about mental health issues, but we must also be critical of how we do this and avoid an awareness not backed up by material action.

In this article we’ll discuss how some mental health problems are talked about more than others, how the mental health of marginalised groups must be key to our activism, and reiterate why mental health is political.

This week also gives us an opportunity to reflect on experiences of mental health that may get less accurate representation, or less representation in general – in Cambridge, where we often discuss depression and anxiety, we may sideline mental health problems like schizophrenia, psychosis, bipolar and dissociative disorders.

While anxiety and depression can be debilitating, the common understanding of them is that they are exacerbated versions of stress and sadness respectively, and while this may not always be the case it does mean that it is easier for people who do not experience them to empathise with those who do.

However, even though roughly 10% of people will experience psychosis in their lifetimes, we are far less likely to view psychosis as an “acceptable” mental illness that a university student may have. An example of this would be that many supervisors would see it as a valid reason to not attend a supervision if you were too anxious to leave your room, but may be concerned about your ability to study at Cambridge if you told them you couldn’t come because you were seeing visions. While there isn’t a hierarchy of “better or worse” mental illnesses, there are some which there is better institutional support for and knowledge about, and this is something we must all work to address.

A lot of the work we’ve done this year has been either explicitly about, or underpinned by intersectionality. We know that mental health doesn’t exist in a vacuum – a bout of depression might follow a particularly bad breakup; episodes of psychosis can be triggered from trauma or extreme stress. In the same way, it’s important to acknowledge that certain marginalised groups are exposed to particular stressors more than others, so mental health can interact in complex and nuanced ways with different aspects of identity and societal oppression.

In 2012, Stonewall found that 22% of gay and bisexual experience moderate to severe levels of depression; whilst black people are widely found to be more likely to be detained under the mental health act. Statistics like these cement the importance of specific research into the mental health of marginalised people, and understanding that their mental illnesses are often the product of systematic and societal stress and trauma.

As the week commences, be mindful of general signs that you might be struggling with your mental health: drastic changes in eating, sleeping, general energy levels, socialising, mood, perceptions (e.g. seeing or hearing things that others cannot), motivation, or ability to carry out daily tasks. If you notice your friends might be showing these changes, it doesn’t hurt to quickly check-in on how they’re doing.

Keep mental health in mind this week, whatever you’re up to – and we hope the conversations we’ll be having in the coming days are thought-provoking.

CUSU/GU articles and resources from the past year