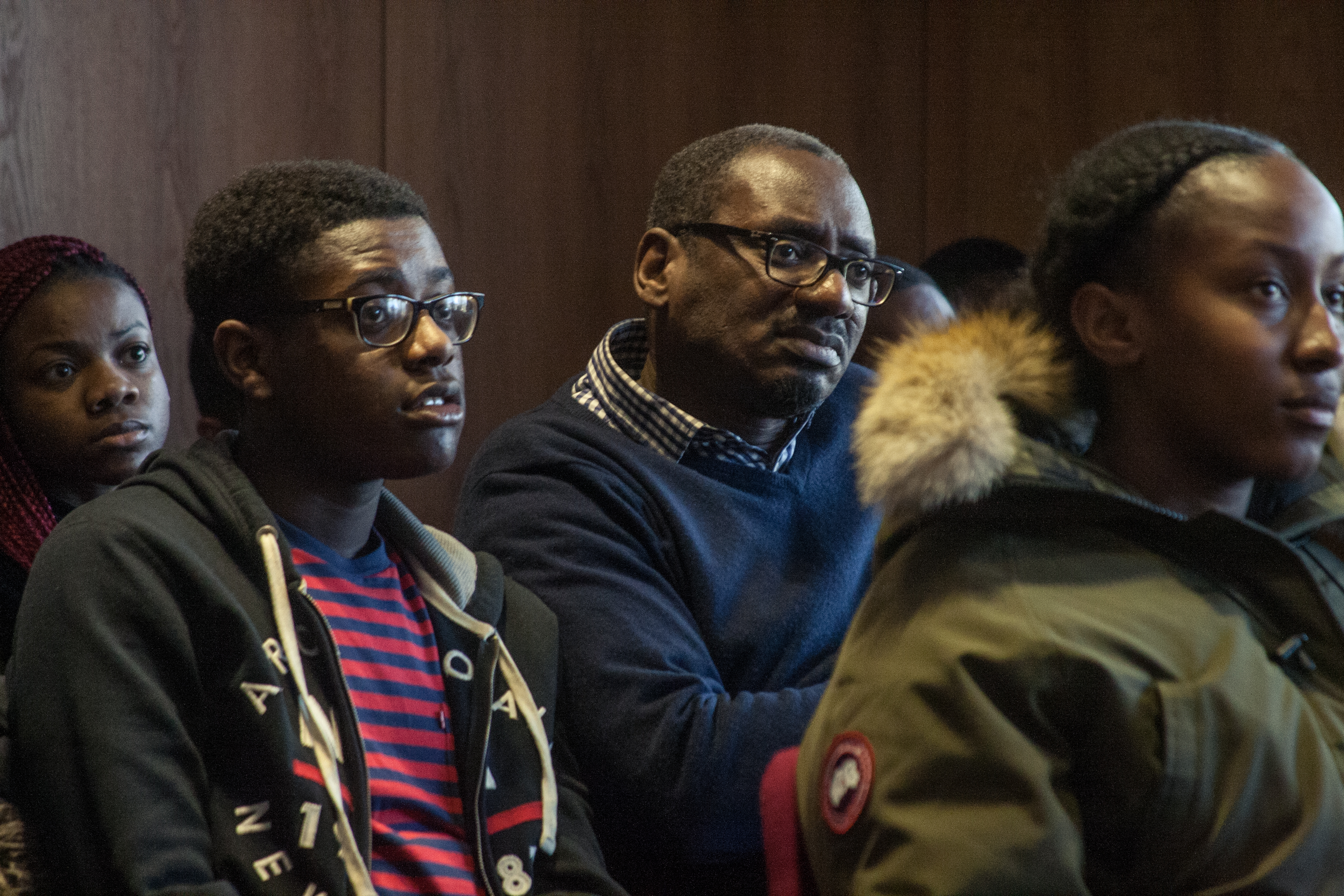 The first CUSU Caribbean Students’ Conference was held at Newnham College on Saturday February 24th 2018. Specifically aimed at students of Caribbean descent in Yrs 10 to 12, it was a day full of sessions designed to introduce them to the possibility of studying at a top university.

I kicked off the day by sharing my journey to Cambridge and the huge role that a visit (similar to Saturday’s) played in shaping the past few years of my life. Following this, I provided students and parents with a whistle-stop tour of the different types of university, what makes a top university and why students should consider applying to Cambridge.

David McQueen, a professional speaker and mentor to many young people impressed the necessity of students owning their ‘own magnificence’ and embracing this in order to be confident. He also shared why he thought it was important to be a positive role model for young black men, challenging existing negative narratives depicted in the mass media.  After his session, David spoke to every student in attendance and gave them each a word of encouragement.

The group was then split into two. One group sat through a mock lecture by Sharon Walker, a PhD student at Wolfson College. Her lecture was centred around her research on the Sociology of Education with reference made to W.E.B. Dubois. The other group, comprised of Yr 12s, watched a mock interview between Chelsea Kwakye, a History Finalist and two academics – Dr Nicholas Guyatt and Dr Julia Guarneri.

Lunch followed with attendees mixing with the array of volunteers present from Naomi Kellman of Target Oxbridge to PhD students from different universities around the country. After this, the students were able to get a greater understanding of the collegiate system through tours of Newnham College and Robinson College.

To give attendees a taste of some of the top universities that they could aspire to attend, I invited a number of my friends to take part in a Q&A session. Some dialled in from as far as Harvard University and representation also came from students at UCL, Oxford, The Royal Birmingham Conservatoire and Bristol University.

The penultimate session of the day featured Sharon White – Cambridge alumna and one of the most powerful black women in the UK. Since graduating from Cambridge in the 80s, Sharon has worked at Whitehall, The World Bank and is now the Chief Executive of the media regulator Ofcom. She spoke about life at Cambridge and beyond, sharing a key piece of advice for the students: have fun!

The day ended with Naomi Kellman of Target Oxbridge sharing how parents could best support their children. A concurrent networking session ran for the students – after all, ‘your network is your net worth’ and you’re never too young to start growing your network.

Opportunities for Black students like this are incredibly limited. The poor attainment of Black Caribbean and mixed White and Black Caribbean students (and subsequent failure to secure places at top universities) is not a new phenomenon. It is a problem that has persisted for decades.

There are so many factors at play against us and Hamilton’s piece ‘Too hot to handle: African Caribbean pupils and students as toxic consumers and commodities in the educational market’ does a brilliant job of touching on this.

I’m incredibly grateful for all of everyone who supported this conference. While one event alone can’t change the world, I hope it gets us thinking about what more we can do as a community to change things for future generations.

All photos were taken by Kalifa – an incredibly talented artist who has fundraised her entire PhD. Please consider donating to her camapign here: https://www.gofundme.com/FundJendayiKalifa

A Day In The Life Of a Sabb