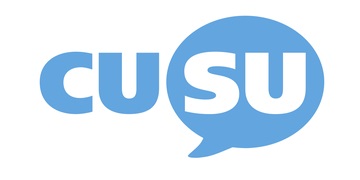 Cambridge University Students’ Union (CUSU) debated a motion to open nominations for the  election of the full-time Disabled Students’ Officer, at a meeting of CUSU Council on 2nd May 2016. The motion passed with 52 representatives voting in favour. Nominations will therefore be opened for this role this week, in line with the agreed time-scale for the election. Updates will be posted online here: https://www.cusu.co.uk/DSO-election

Election of the CUSU Coordinator

Cambridge University Students’ Union (CUSU) debated a motion to defer the election of the CUSU Coordinator, at a meeting of CUSU Council on 2nd May 2016. The motion passed with 45 representatives voting in favour.

Following this vote, the Constitutional Review currently being undertaken will provide an opportunity to critically evaluate the structure of the CUSU Sabbatical Team, most specifically with regards to improving the position of the Coordinator.

CUSU maintains a zero-tolerance approach to all forms of racism, including anti-Semitism, and keenly awaits a clear response from NUS regarding how the concerns of many of our students, particularly Jewish students, will be institutionally addressed.

CUSU will be supporting all students who wish to participate in referendum campaigning – they are encouraged to contact the CUSU Returning Officer (Jemma Stewart) for more information. In due course, referendum materials will be released outlining arguments for and against CUSU’s affiliation to NUS.