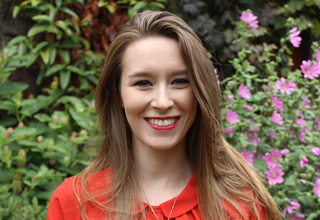 On October 20th 2015, the University of Cambridge released the “Dear World, Yours Cambridge” video in which I feature. The video celebrates Cambridge’s membership and their work as part of a campaign to raise £2 billion through donations.

By featuring David Starkey, who has voiced explicitly racist views, the “Dear World, Yours Cambridge” video thus failed in its intentions to communicate to prospective, current and former students that this university values an ethnically diverse community. A more diverse and liberated student body is at the heart of CUSU’s Access aims – we stand in solidarity in with the CUSU BME campaign because we care passionately about making this university environment increasingly welcoming to BME students. As Access Officer, I sincerely regret how it must look to prospective applicants that the video has effectively platformed someone who students deem to be aggressively racist. He should not be celebrated as part of this university.

At first I was proud of my involvement in this video:  donations play a large part in funding Cambridge’s bursaries and hardship support, and as the government withdraws financial lifelines from students, the Collegiate University’s ability to offer and develop its financial support is critical. However, the video now brings me feelings of extreme discomfort and anger in solidarity with the CUSU BME campaign and black students across the university. When I first agreed to the video, I was told that David Starkey would feature in it among many current and past university members. I was informed of David Starkey’s involvement at short notice: I had not heard about his racist views,  and it was not until after the video was released that I learnt of his deeply problematic opinions. I welcome this campaign calling for the withdrawal of the video and the removal of David Starkey from the “Dear World, Yours Cambridge” campaign. Please read the letter written by Dr Malachi McIntosh – I encourage you to sign your name to its cause.

Further details can be found on the CUSU BME campaign’s event page.