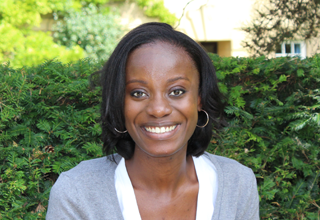 When an elected college rep tells me that students at his college are intellectually superior to students at every other College, I am not just angry on behalf of Cambridge students: I am furious.

When a first year tells me that he is actively against equal academic provision across the colleges because he wants his college to be ranked top, this attitude exposes a serious problem for all Cambridge students, regardless of college.
At CUSU Council on Monday the 9th of November, I successfully proposed a motion for CUSU to actively fight within the structures of our institution to stifle the publication of data which facilitates the ranking of students’ exam performance by college. My reasons for proposing the motion are simple; I was elected on a historical mandate to improve the parity of academic provision between the colleges, and have worked tirelessly on this campaign since summer. Rob, the Education Officer, and I have spent days analysing the data per college. We have met with half of the Senior Tutors (with the rest to follow over the coming weeks) to challenge them on their supervision rates. We have consulted with department heads. We have got the PVC for Education, Graham Virgo, on board. We have just initiated our on-the-ground Michaelmas research project into provision on particular courses, which you can join here, and we continue to make the argument to senior academics who tell us equality of opportunity between the Colleges is purposeless and impossible.
As we attempt to tackle college disparities from every angle, a recurring cultural approach has shown itself to pervade the instances of push back we have experienced; a concern that, if parity were to be achieved and Cambridge students were actually ensured equal access and opportunity (as the University Prospectus tells us), then how might this affect the individual chances of a specific college on a ranked— and consequently feared— table?Collegiate rankings show themselves to be a cultural barrier to change at our institution. They are part of the problem.
CUSU is the central students’ union, and thus it is our job to care about intercollegiate fairness. It is our job to make students understand how shocking it is that, at one college, poor performance in a ranking table led to penalties placed on the JCR’s budget. It is our job to care and implement methods that alleviate the harsh implications of this ranking culture.For those colleges at the top, sure, I’m guessing it feels great. I’m aware student journalists will be keen to suggest this is a personally motivated attack by a Girton alumna. But I’m pretty happy with the grades I got, wherever Girton falls on the list.
This is about every student benefiting from change and not being stifled by individualised, reputational motivations. This is about combatting the harmful rivalry created between students who should view themselves as peers. This is about the blunt measuring tool of the Tompkins Table and the impact this has on the sense of self-efficacy of students at colleges that annually languish at the bottom. Indeed, the Tompkins Table would have us believe that students at the women’s and mature colleges are not academically worthy, whilst rewarding Colleges with a larger intake of STEM students and more resources.
The Tompkins Table evaluates students in Firsts, 2:1s and 2:2s as if every student arrives at Cambridge from the same type of school, with the same access requirements, with the same grades, who all take the same subject with the same levels of resource. It tells us nothing about the value-added efficacy of Colleges, or how academics, motivated by the actual learning needs of their students, might help a student succeed in achieving a 2:2 who was going to drop out. Ranking colleges is a blanket that is empirically unsound, and it perpetuates a poisonous culture of rivalry.
I proposed the motion, but it was passed by your college reps.  I don’t have a vote on CUSU Council. The decision was made, and the motion was backed, by your college Presidents and Chairs. It seemed, in many ways, to be the start of a new intercollegiate way of thinking. Beyond this motion, students are talking about what collegiality actually means at our institution, and that is a success in and of itself.
Please contact me if you would like further information on how CUSU plans to tackle this.