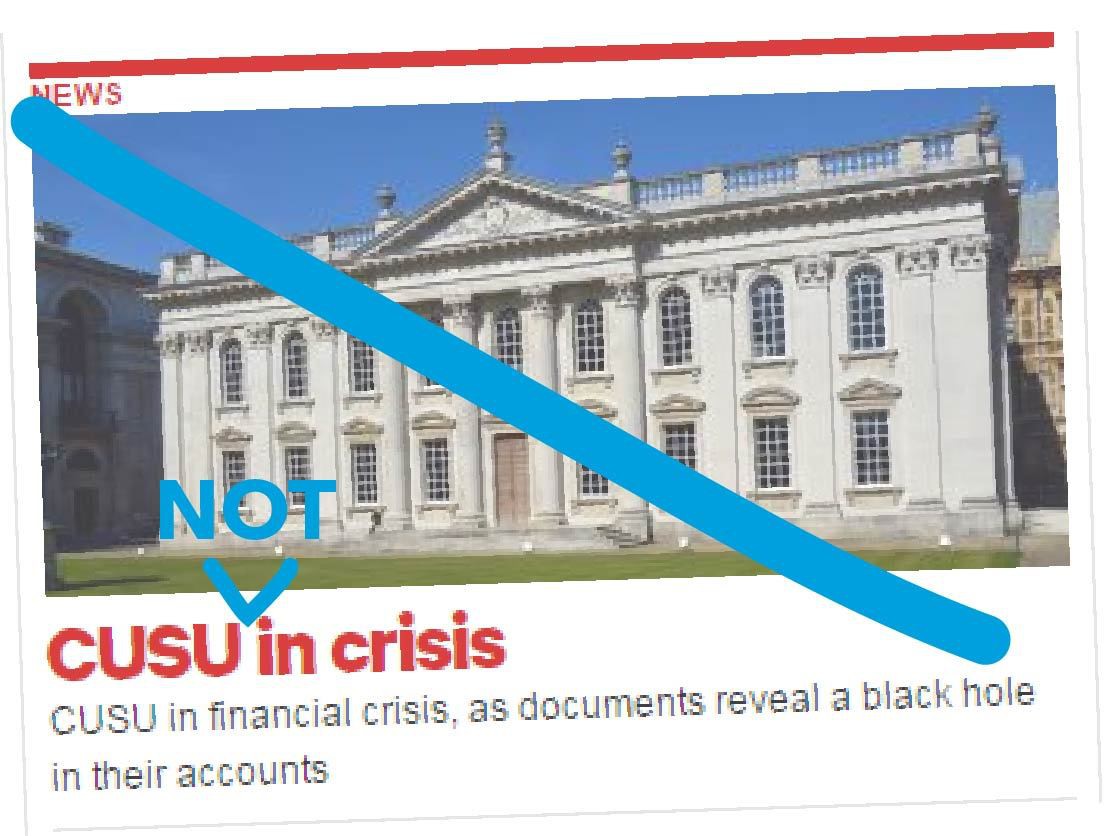 CUSU releases a statement addressing the closed financial year of the Executive Committee 2014-15 in light of confusion and misrepresentation of its current economic standing as recently reported in some student press.

This is a non-story. CUSU has ended a consecutive fourth year in surplus. The strong economic standing at the close of the third fiscal year empowered the sabbatical team of that year to cut ties with a publication that compromised its widening participation efforts. It is not novel that the University funds the charitable interests of its students’ union; the funding provided to cut ties with the publication was a pre-emptive decision, actively made in order to restructure the funding the University provides to CUSU. It was a solution that allowed the CUSU team at that time to maintain its ethical interests, as well as redefining how the University invests in the students’ union.

We stress that this decision was made by the elected officers of that year. Staff members cannot be held to account and, by doing so, the newspapers in question affront the structural foundations of this students’ union.

We, the new CUSU team of 2015 – 16, demand the opportunity to prove the efficacy of CUSU as a new team in a new year, not to be consistently dogged by an exhausted negative narrative replayed to the benefit of no one.

Why College Ranking tables have to go