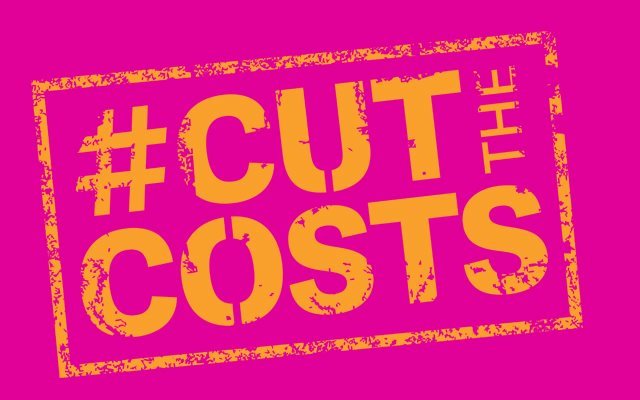 A recent poll by YouGov revealed the replacement of maintenance grants with larger maintenance loans to be the most unpopular policy of the 2015 budget. While it’s encouraging to see that people across the UK recognise the injustice of removing a system that supports hundreds of thousands of poorer students to access university education, it’s clear that the Government currently doesn’t.

The Government is set to push forward a system where, if you’ve come from a socio-economically disadvantaged background, you’ll now leave university saddled with thousands of pounds more debt than your socially and financially privileged peers. This is NOT fair access to higher education. Offering a larger loan than was given as a grant might result in fewer students seeking additional hardship support, but in the long run it only piles disadvantage on those who were already disadvantaged to begin with. It’s not difficult to imagine (and shudder over) the implications these changes will have on prospective students’ motivation to enter higher education in the first place, the progression rates of students onto expensive post-graduate courses, and the widening hole in the UK’s economy as huge numbers of graduates are unable to pay back their loans.

Access isn’t just about getting people through the door of universities – it’s about breaking down the structures of privilege that our education system is built around. University is transformative, and it should be accessible to all. So, let’s work towards this.

Let’s start with convincing the government to keep maintenance grants. Here at CUSU we’ve been planning our campaign to fit in with those of National Union of Students (NUS) and Students’ Unions across the UK, and it revolves around you, the students, speaking out as to why maintenance grants should stay.

Have a read below for ways to get involved in our campaign and others’.

Tell CUSU what you think – Why do you believe in maintenance grants?

Is it due to your own experience? Are they part of shaping a society that you believe in?

Let us know what you have to say by emailing access@cusu.cam.ac.uk or via this (optionally) anonymous Google Form: http://goo.gl/forms/QrcZAydrGd.

NUS has called for a national lobby day on Friday 18th September as part of it’s #CutTheCosts #GrantsNotDebt campaign – across the UK, politicians will be bombarded by students asking them to pledge opposition to the government’s plans.

The CUSU full-time officers will be meeting with Cambridge’s Labour MP Daniel Zeichner (who has already pledged opposition – hooray!) on Friday to discuss how he can best represent our voice in Parliament on this matter – your testimonies will help us do that.

Your arguments will also be crucial as we pressure the University to speak out against the scrapping of maintenance grants. Be it a sentence or a paragraph, we look forward to hearing from you!

Homerton and Girton, you’re in the South Cambridgeshire constituency, and your Conservative MP Heidi Allen hasn’t spoken out against scrapping maintenance grants. Whether you’re from either College or not, sign up to our thunderclap to lobby Heidi Allen on social media this Friday. Homertonians and Girtonians, please email your thoughts to her too.

Lobby your MP back home this Friday

We can prevent these changes being made, but to have any chance of success, we need to communicate students’ resistance to as many MPs as possible. If you’re unsure who your local MP is, find out by simply typing your postcode into www.theyworkforyou.com. Tweet them (tweetyourmp.com), email them what you wrote to us, give their office a call. NUS even suggests going old-school and sending MPs a fax – they’re much harder to ignore!

There are protests targeting high-profile MPs

A number of demonstrations organised by Students’ Unions and student activist groups are taking place this Friday outside high-profile MPs’ constituency offices. They’re open to everyone, so if you’re in/near enough to London or Cheshire, check out these events:

There are other protests around the UK too – for example in Norwich and Birmingham.

Get involved once term starts

You’re less than two weeks away from being back in Cambridge! Come term-time, you’ll find CUSU running visual campaigns, getting signatures on an open letter, and most excitingly, hosting an open meeting in Week 2 (date tbc – watch this space) to discuss the changes due to be made and what more we can do to stop them.

Phew, that’s a lot you can do right? But it’s all very simple and fantastically effective.

Access suffers enough from a university system that piles its costs upon the individual entering it, but one that particularly targets the poor is a step way too far. As students at a University already plagued with Access issues, we should be right at the heart of preventing the damage fast heading Higher Education’s way.