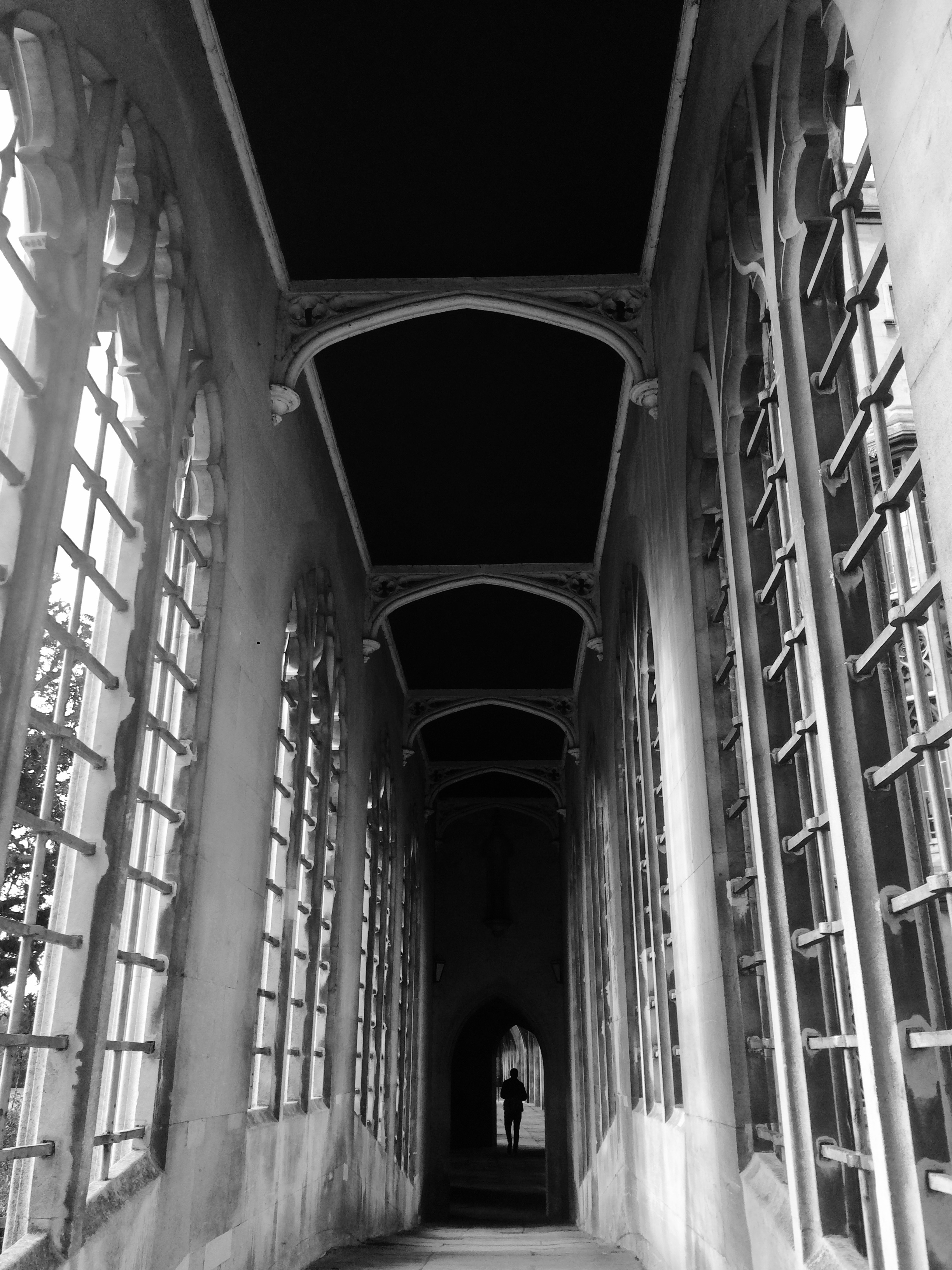 Every year, hundreds of potential Cambridge applicants and current Cambridge students take part in the CUSU Shadowing Scheme – the most popular of CUSU’s Access activities. This January and February, over three weekends (Thursday to Saturday), more than 400 sixth formers and mature students from backgrounds without a tradition of university entry got to experience university life, staying at a Cambridge College and accompanying a current undergraduate to lectures, supervisions and social activities. The best insight into being a student you can get! (prior to actually becoming one, of course)

Many thanks to all who took part. The Scheme still hasn’t ended here at CUSU: before we start organising next year’s, we’re finishing off the 2015 one in a very exciting way – judging the Shadowing Scheme Diary and Photography competitions, which shadow students were encouraged to submit entries to from when they were on the Scheme. A big thank you to the judges: the photographer Sir Cam and Barney, the University’s Head of Digital Communications (Photography competition), and Sam Rhodes, current Editor-in-Chief of TCS (Diary competition). The entries are amazing, and results are out!

It’s the best feeling ever looking through the entries we received. Whether they were photographing or writing about their time on the Scheme, the entrants really connected with and evaluated their surroundings and experiences. The diary entries detail shadow students’ changing perceptions of Cambridge, as they met and learnt from current students and participants their own age, many of whom had been in or were currently experiencing very similar situations to themselves, making choices about their future. Participants got to see the real Cambridge beyond the headlines and realised the negative stereotypes surrounding the university in no way dominate or are relevant to the vast majority of lives here. My favourite quote from our runner-up, Alyssa, says it all: “In reflection, yes-they [students] were super intelligent true to the rumours. But what the rumours don’t tell you is that the force behind the incredible reputation and beautiful buildings is in fact a tight community of some of the friendliest and most welcoming people you could ever meet.”

So keep reading on, as I am now thrilled to introduce our winning photo entry, by Anna (top left), and the (abridged) winning diary entry, by Harriet (below). Also check out the links to all the diary competition entrants at the bottom of the page (they’re marvellous):

“I applied for the scheme to study English, with little belief that I would actually be granted a place and therefore was astounded to receive an email from the CUSU just days before Christmas – the perfect season’s greetings!

Although very excited to be attending Cambridge, upon returning back to school after the Christmas break I discovered that, in fact, it was only me from my school that had been fortunate enough to have gained a place, resulting in me being very apprehensive.

I met another girl on the bus I caught who was also participating in the scheme and together (with directions that may have revolved around food – e.g. ‘turn right at Pizza Express ahead’) – we arrived at Emmanuel College just a few minutes later.

The collection process where mentor met shadow then took place – with the mentors arriving with their peers from the same College – allowing us shadows to meet the others that we would be staying in a college with. I was staying at Newnham College – an all-girls college. However, when heading back to Newnham, Sriya then bought it to my attention that we would have to make a slight diversion and head towards St Catharine’s – where she was due to attend a Supervision session in just five minutes! We soon arrived, with suitcase still in tow, to be welcomed by an enthusiastic, American – introducing himself as ‘Jeff’- (thankfully the whole thing was a lot more relaxed than I had originally envisaged it to be) and another peer of Sriya’s – Geoffrey. I was included within the session by being asked to read sections of a poem and share my thoughts, feelings and personal analysis on it. At one point I was even able to define a term that the other two couldn’t, reassuring me that in fact we were all human and they weren’t in a different league purely due to being labelled as a ‘Cambridge student’. Little of what we did I was unable to understand, as we all shared a passion for the subject and found that even if they were talking about more advanced elements it all came back to the basic foundations that it consisted of and that I was familiar with.

My mentor was very friendly and sweet – seeming more a friend than a student that I’d met just a few hours previously. However, she was also extremely keen for me to see and do everything that Cambridge had to offer, meaning that there was no time to rest. She whisked me off into the town, following the twists and turns of the uneven cobbles to discover the independent, private retailers that were variously dotted around each corner of the many back streets: making it very unique. Thankfully it was suggested that a hot-chocolate break was needed ( a 10 minute sit down!).

Within the introduction, we had been informed that all shadows would be attending a ‘non-formal, formal meal’ – (the three course meal in the large hall at Jesus College, minus the formal dress code!). A very long day eventually came to a close, when Sriya posted me back to Newnham, in which a current student that wasn’t even involved in the shadowing scheme had tidied and sacrificed their room for me.

I met my mentor the next morning in the canteen for breakfast, before heading out towards the lecture halls for English, which (conveniently) were directly opposite the College, meaning that I simply had to cross the road to get there. To my disbelief, I was actually able to understand the majority of what was mentioned – looking at images in the first and long poems in the second – with each of the lectures lasting an hour. It was a true representation of what it would be like to be a Cambridge student, being one of only two shadows in the lectures and therefore being treated as a current student. Over the couple of days in Cambridge I was frequently mistaken for a student, with people asking what I was reading, or questioning where my shadow was. In all honesty, I was rather flattered in fact that people believed I would get away with being a part of one of the most prestigious Universities in the country!

Then, I was taken to the University Library (UL): wow! I don’t think that you’re able to understand the sheer scale of it until you have visited, with rooms and rooms made up of an abundance of books from various subjects, authors and periods – all of which were methodically arranged upon the shelves. The beauty of the architect was just phenomenal; even the ordering of the reads themselves were aesthetic. Before visiting I wasn’t aware of the importance of the Library and admittedly, I definitely underestimated it when it was mentioned. There was something almost magical when walking around and unintentionally joining individual students who were unaware of your presence, focussed into their tasks, within a world of their own as part of the book. You couldn’t help but think of the amount of successful, well-known people that started off from feeding from the intelligence these books offered; the building is a metaphorical fountain of knowledge for thousands – the heart of the university.

Teaming up with others, my mentor had organised for a small group of us to go to watch a performance: ‘Picasso stole the Mona Lisa’. I had little idea as to what to expect, but it turned to be a well-rehearsed comedic mystery, performed in the Corpus Playroom – a cosy and intimate, single-tiered venue with a small capacity and positioned in an ‘L shape’. I was very impressed with the amateur dramatics, with there being many humorous moments throughout. However, subsequently, once finishing, we again found ourselves into the early hours of the morning – briefly stopping by the Common Room before returning to my room for the last time.

We congregated in the canteen early the next morning – again making the most of the cooked breakfast (of course) – before heading towards Emmanuel College with our luggage. The final walk allowed time to guarantee that any questions you had for your mentor were addressed, meaning that you were fully ‘clued-up’ on life as a Cambridge student and what it would take for you too to follow in their footsteps, before returning home.

Despite only knowing them for two days, the goodbyes were rather emotional, as the mentors simply dropped us off and returned back to their normal routine that we’d so rudely interrupted

Although my time in Cambridge being short, I found it utterly amazing – being greatly inspirational and just proving what you can achieve and the life you can live if you put in the work now. Upon returning to school for the following weeks, my increase in motivation had been commented on by many, after Cambridge definitely confirming what I intend to do after Sixth Form. My friends and family are still hearing about the trip now – a month on!

I’m still so grateful to have been invited to be a part of this scheme and have met some truly talented friends through it. I would highly recommend it to anyone considering University as it really does allow you to preview the course you intend to take and follow the usual routine of a typical student: it was the greatest experience!”

One of the mature student participants, Dennis, also wrote an amazinng diary for us about his time on the Scheme: read it here.

Are you a UK potential university student interested in applying for the 2016 Scheme? Find out more info on our Alternative Prospectus website: www.applytocambridge.com/shadowing